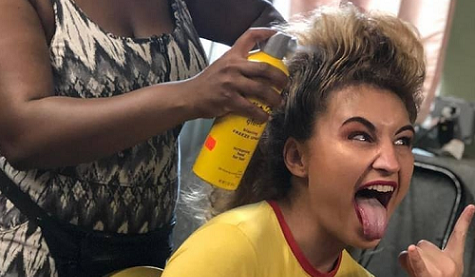 IH Fashion Show / Highlights – Hairstylist Janey was putting in work on the model’s hair at the Internet Hollywood Fashion show in July 2018. The hairstylist was one of the few that came out to show off their styling skills and neither of them was disappointed. Each of them wasted no time to prep up the models before the show and her assignment came with NROR ART. The hairstylist was selected to do hair for the fashion designer in the month before and still made it work after being informed on what to do. She came through and showed out like the professional that she is and each model looked incredible. Fashion Designer Samantha Gottlich was the only designer that also played a part in modeling her own collection. She organized a killer routine that was executed perfectly by the models she chose to represent her brand. She also had her own table that showed off her art, cool glasses, and other things. She was definitely more than ready. This picture shows Janey prepping up Samantha Gottlich hours before the show! 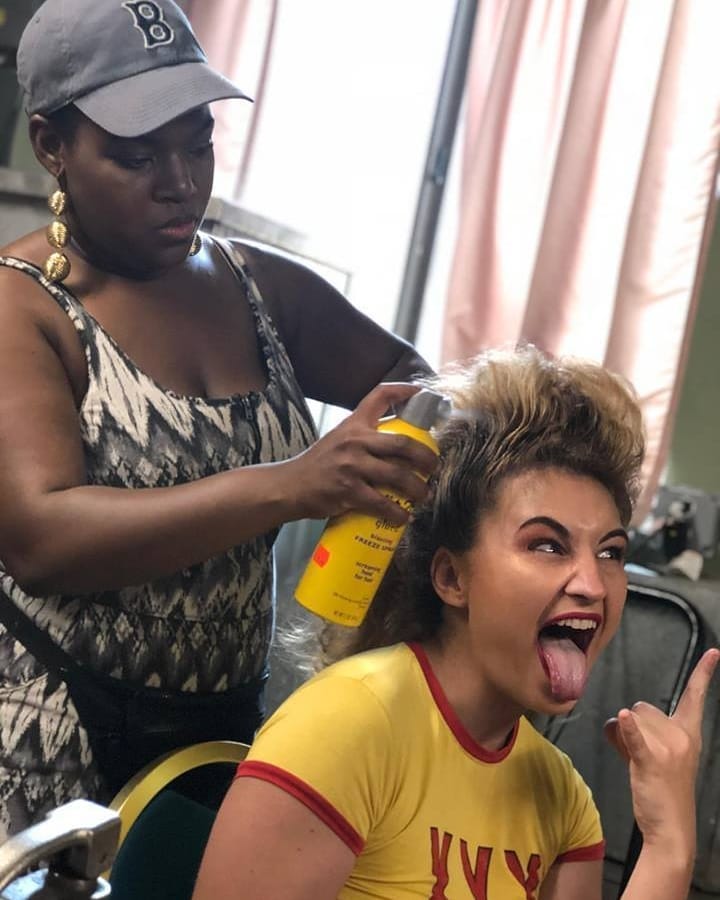 The Fashion Show was in July 2018. This story is a highlight that was written around that time